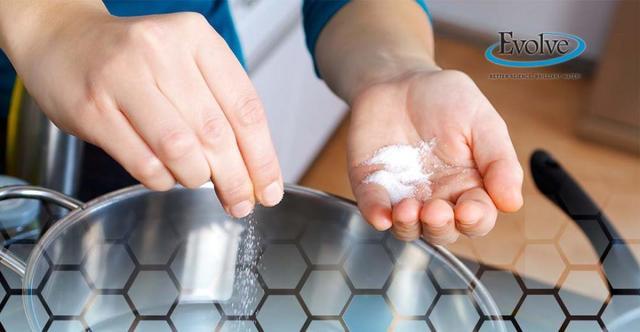 If you know the basics about how water softeners work, you probably know that the process of turning hard water into soft water requires salt. Knowing that, nobody would think twice if you were to ask: “Does Soft Water Taste Salty?”

Taste isn’t as simple a thing as a lot of people assume it is. Some people have taste buds that are more sensitive, but most don’t have the palate to notice the sodium in soft water. The best way to know the difference in taste between hard and soft water is to taste it. You would be hard pressed to watch someone take their first drink of soft water and react by saying “it tastes salty.” Although a modicum of sodium is present in soft water, it usually isn’t enough to taste briny. Why? Because of the way water softeners use salt to soften water.

How Do Water Softeners Use Salt?

To be clear, the big black tank of salt (sodium chloride) a water softener needs to work doesn’t pump that salt directly into your drinking water. Instead, salty water is used to regenerate your softener. Regeneration is a process that helps the media (called resin) in the water softener tank let go of all the hard minerals it took out of your water. Salt is a compound of sodium chloride that separates as part of this process. The sodium in salt is instrumental in making sure your softener is ready for a few more days, then the whole process starts again. During regeneration, most of the sodium goes down the drain with the hard minerals, but not all of it.

The amount of sodium that a water softener adds to your drinking water is proportional to how hard your water is. If you have exceptionally hard water, more sodium will end up coming out of your shower head, faucets, and other points of use. If you have enough hardness in your water to notice a white film throughout your house, you may still see some white buildup in your faucets and dishes. Unlike calcium buildup from hardness, this residual sodium is much easier to clean off and causes little to no damage throughout your home. This sodium may be enough to affect the taste of the water you drink and cook with. Before you worry that your water softener isn’t worth it, consider the amounts of sodium present in common foods to put everything into perspective.

Assuming you soften water that starts out at a common 10 grains per gallon, your softened water will add 298 mg of sodium per gallon to the water. Compare that to a half cup of canned tomato juice, which has a whopping 439 mg of sodium. If those numbers sound too close for you, remember that we’re comparing an entire gallon of water to half a cup of tomato juice. Don’t drink tomato juice? How about potato chips? You would consume 200 mg of sodium by eating just 10 regular salted potato chips! You probably don’t even drink an entire gallon of water by yourself in one day. Even if you drank eight 8-oz glasses of water in a day, you would only be drinking half a gallon of water.

What About Extremely Hard Water?

Believe it or not, if you have extremely hard water, you will still have only around 1000 mg of sodium per gallon in your softened water. You would still find more sodium in 3 oz. of sliced ham! To put it simply, don’t fret about how much sodium is in your water unless your doctor tells you to watch your sodium. Besides, the sodium would be impossible to detect for all but the most discerning of palates.  If you are one of those that do not like the taste of soft water, sodium is very easy to filter out. We can help provide a drinking water filter that reduces sodium, so you have the benefit of both soft water throughout your home and some of the best drinking water at your tap.

If you’re interested in learning more about the benefits of a water softener or drinking water filtration options, please contact us today to schedule your free consultation! One of our water treatment experts will happily come out to your home, test your water, and develop a customized solution to fit your needs.